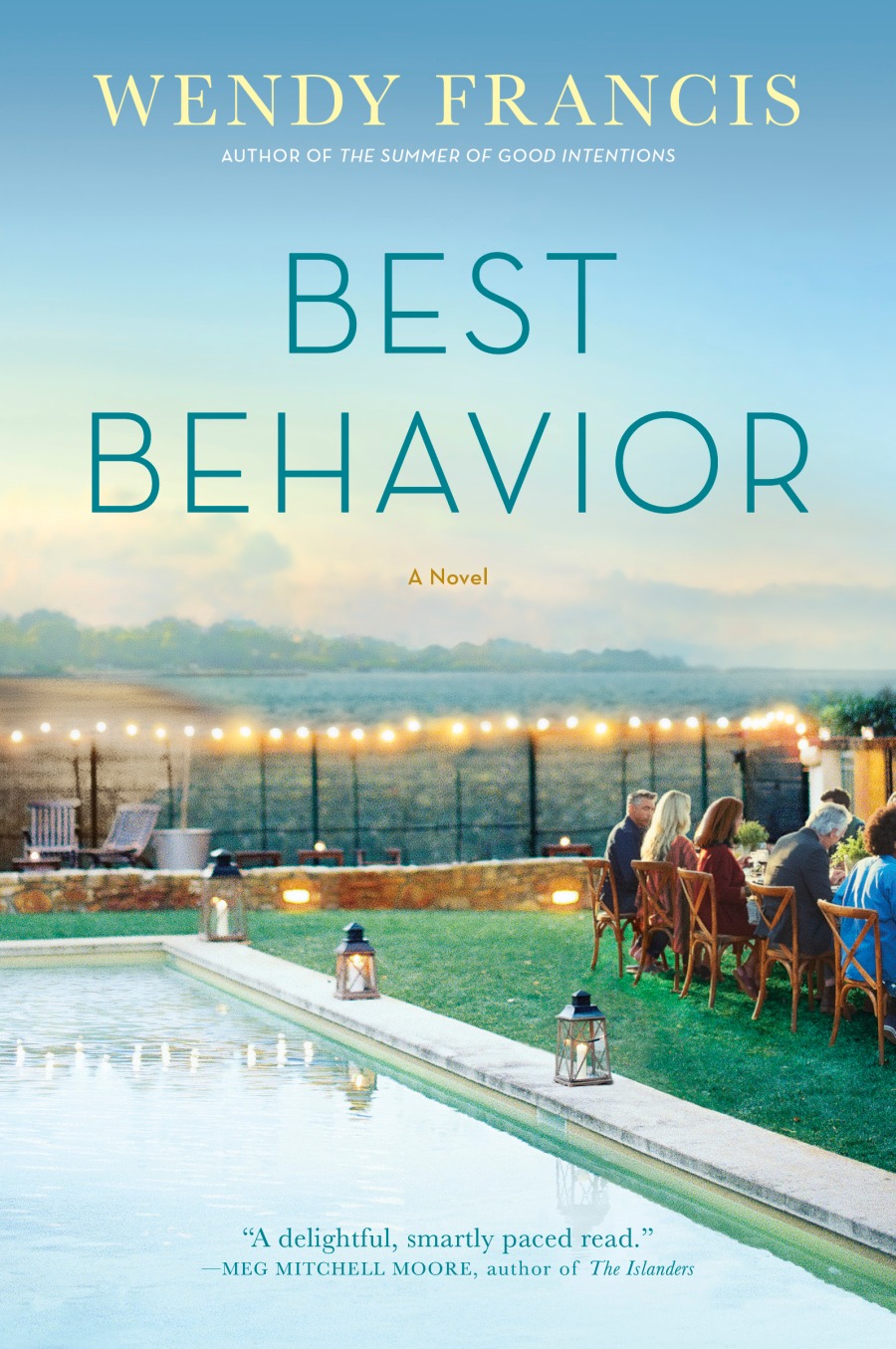 The drama is hot and the drinks are flying in Wendy Francis’s witty, warm, and quirky family drama, BEST BEHAVIOR (Graydon House; May 5, 2020; $17.99 USD). Heartfelt and relatable, Francis cleverly portrays the nuances of a less-than-perfect but more-than-loving blended family in all its messy glory.

Meredith Parker and her husband Joel have been dreading the weekend of their twins’ college graduation. Not only does it mean that Dawn and Cody are flying out of Meredith’s nest to live in Chicago and North Dakota, but it also means Meredith will have to deal with her insufferable ex-husband, Roger, his pompous parents and his new wife Lily, so young she could be the twins’ sister! But Meredith is willing to be the Jackie O. of college graduations. She can handle that for three days, can’t she?

Meanwhile, Dawn, who has spent a lifetime cleaning up after her ‘golden boy’ brother, discovers a mess even she may not be able to get Cody out of. He’s been acting weird last the few weeks of school; picking up smoking, breaking up with his girlfriend, but this… this is definitely a problem. She needs to figure out what’s going on with her twin before he really ruins his life. 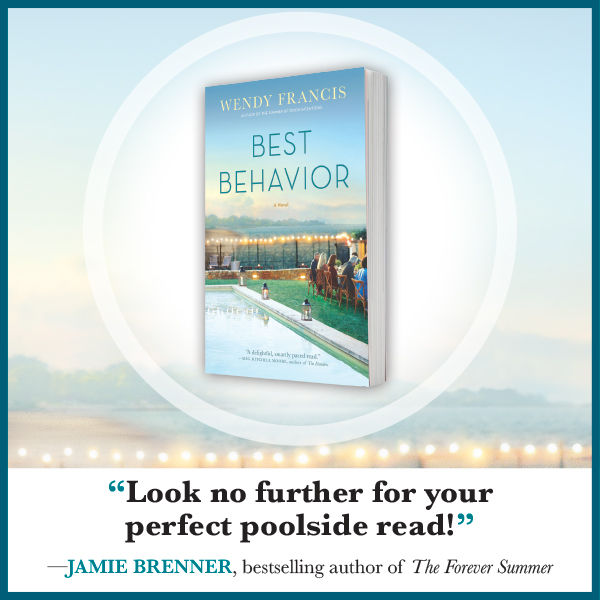 On Thursday morning, the temperature outside is seventy-one degrees and climbing while Meredith Parker considers which of a thousand recommended places she would like to visit before she dies. Not that she’s anticipating dying anytime soon, but she needs a distraction. She figures she has already seen at least a handful—Yosemite (breathtaking, as advertised), Niagara Falls (overrated in her opinion ‒ and cold), and San Francisco (lovely, with a charming hippie vibe). It’s the exotic locales that have eluded her over the past forty-six years, places like Tahiti or Rome or the Swiss Alps. Although, come to think of it, Meredith doesn’t really care for skiing, so she can probably cross the Alps right off her list. But Rome would be nice—all that history and pasta—and wine! A cheap fare must be available on one of those best-deal websites, if she searches long enough. Yes, she’s fairly certain she can persuade her husband, Joel, that Rome should be their first-ever international destination, the new green pin on their Where Have You Been? map that hangs on the wall in the den. That is, of course, once the kids have settled into their new homes.

And with the thought of her children’s imminent departure, Meredith’s throat tightens. What’s the use? she thinks. No number of mental hijinks will make her forget the real purpose of today’s trip. She, Joel, and her mother, Carol, are tracing the familiar route up from New Haven to Boston, as they have dozens of times before, the trees beyond the window zipping by in a curtain of emerald green.

But this weekend will be different.

Because this weekend marks the twins’ college graduation, an event that seemed impossibly far away only a few years ago, even a few months ago. Tomorrow her babies, the ones she used to cradle in each arm, will accept their hard-earned diplomas and officially step out into the great wide beyond, otherwise known as Adult Life.

Last night, when she’d gone to her neighborhood book club, the room had been abuzz with excitement over the upcoming weekend. “You must be bursting with pride!” her friend Lauren exclaimed. “I can’t believe that Cody and Dawn are already graduating. It’s so exciting.” And Meredith had nodded, as if she, too, were in a state of shock over this improbable fact.

It’s true that she couldn’t be prouder of the twins, but the moment is bittersweet. Soon, Cody will be off to Bismarck, North Dakota, to teach high school history, and Dawn is headed to Chicago to work at an advertising firm. Her kids will be so far away, they might as well be moving to Bangkok. Even though she knows it’s irrational, Meredith is racked by the feeling that after this summer she might never see her children again.

Admittedly, she is at a corner, or more specifically, at a crossroads in her life. Images of a two-year-old, chubby Cody racing into her arms or of a young Dawn asking for “one more good-night tuck-in” swim through her mind. She can still feel those small arms wrapped tightly around her, the love so palpable she used to think her heart would leap from her chest to theirs. How is it possible that her babies are graduating from college this weekend?

With Lauren’s comment, Meredith had cast her gaze around the book group (who, truth be told, rarely ever discussed the book at hand) and realized with a start that the difference between her own life and that of her friends’ suddenly stretched before her like a giant yawning chasm: Meredith was about to say goodbye to her kids once and for all, while her neighbors still had years of child-raising ahead of them.

Lauren had offered her an affectionate pat on the shoulder, as if she could read Meredith’s thoughts, and handed over a generous pour of chardonnay, which Meredith accepted gratefully. Maybe, she allowed herself to consider, Lauren was right. Maybe the graduation weekend would be exciting, as pleasing as a perfectly folded fitted sheet. Tuck this person into that corner, that person over there, smooth it, smooth it, and everyone would get along swimmingly.

Given her patched-together, hybrid family, though, Meredith sincerely doubts it. Her ex-husband, Roger, will be bringing Lily, his new wife of six months. And as fine as Meredith is with the idea of Roger’s remarrying after all these years, his new marriage somehow feels forced, as if he has just purchased a new set of golf clubs that he’s eager to show off to the rest of the family.

“I know. It’s crazy, right?” Meredith had managed to get out after swallowing her wine. “The twins are officially all grown up.”

Lauren, a corporate attorney, has two young girls, six and eight, whom Meredith adores and dreams of kidnapping one day (she tells herself it wouldn’t really be kidnapping, though, since they’re all neighbors, and obviously she would do Lauren the courtesy of asking before moving the girls into her own home.). As it is, she helps out with the girls whenever she can, usually after school when Lauren works late and Meredith is already back from her shift in the NICU. The girls have her pegged for a softy and know full well that she will buy them ice cream, bake chocolate chip cookies on a whim, and watch every terrible mermaid movie that’s available for streaming. They call her “Auntie,” which makes her heart swell and break simultaneously.

Some days she wishes she and Joel had tried for their own children way back when, even though the timing was off—they didn’t meet till Meredith was in her late thirties—and there would have been a considerable age gap, more than a decade, between a new baby and the twins. But at least she would still hear young voices in the house, would have someone to ferry to ballet practice or help with a book report. As exhausting as it could be some days (that Taj Mahal built out of marshmallows for fifth grade nearly killed her), she misses the maternal responsibilities she was once counted on for, feels the lack like an unfamiliar brittleness settling into her bones.

Theoretically, she understands that the twins flew the coop four years ago when they left for college. But that was different. The kids continued to call every Sunday night, and she and Joel could drop by on the odd weekend. Luckily, both children had decided on the same college in Boston, making spur-of-the-moment visits ridiculously convenient. But traveling so far away for jobs where she might see them only once or twice a year for Thanksgiving and Christmas? She honestly doesn’t know how—or if—she can handle it.

Thankfully, no matter what faults she and her ex-husband, Roger, might have had as a couple, their kids have turned out all right—better than all right—and Meredith lets herself relax slightly with this thought now. Dawn, hands down her most difficult child during the teenage years, has blossomed into a bright young woman. Gone are the days when Meredith’s every comment would prompt an eye roll from her daughter. And despite an unfortunate hiccup with the Administrative Board last year, Dawn has managed to pull off graduating with honors. Meanwhile, Cody (Meredith’s lips part into a smile when she imagines him striding across the stage in his gown) is graduating Phi Beta Kappa. Not only that, but he set the school record for all-time rushing yards this fall, leading his football team to their best season in fifteen years. Cody has become a rock star on his small New England campus, and as his mother, Meredith can’t help but feel a bit smug. After all, she was the one who whipped up protein shake after protein shake and lugged him to hundreds of high school practices. She was the one who allowed her lovely den to be transformed into a weight room filled with smelly sneakers and barbells for four years.

If she knows one thing deep in her bones, it’s that she is a good mom, one who has raised hardworking, resilient children. She imagines holding her breath as they parade across Bolton’s commencement stage, much as she did when they took their first ungainly steps across the kitchen floor, Cody wheeling ahead in wide, determined strides and Dawn following a few paces behind, her tongue twisted into a tight coil of determination. Meredith is enormously proud of them, and, quite honestly, of herself. She didn’t abandon her kids like Roger did, when he’d seen fit to put his penis where it didn’t belong. But that was nearly ten years ago, water under the bridge—more of a tepid stream wandering through her mind these days than a charging river. 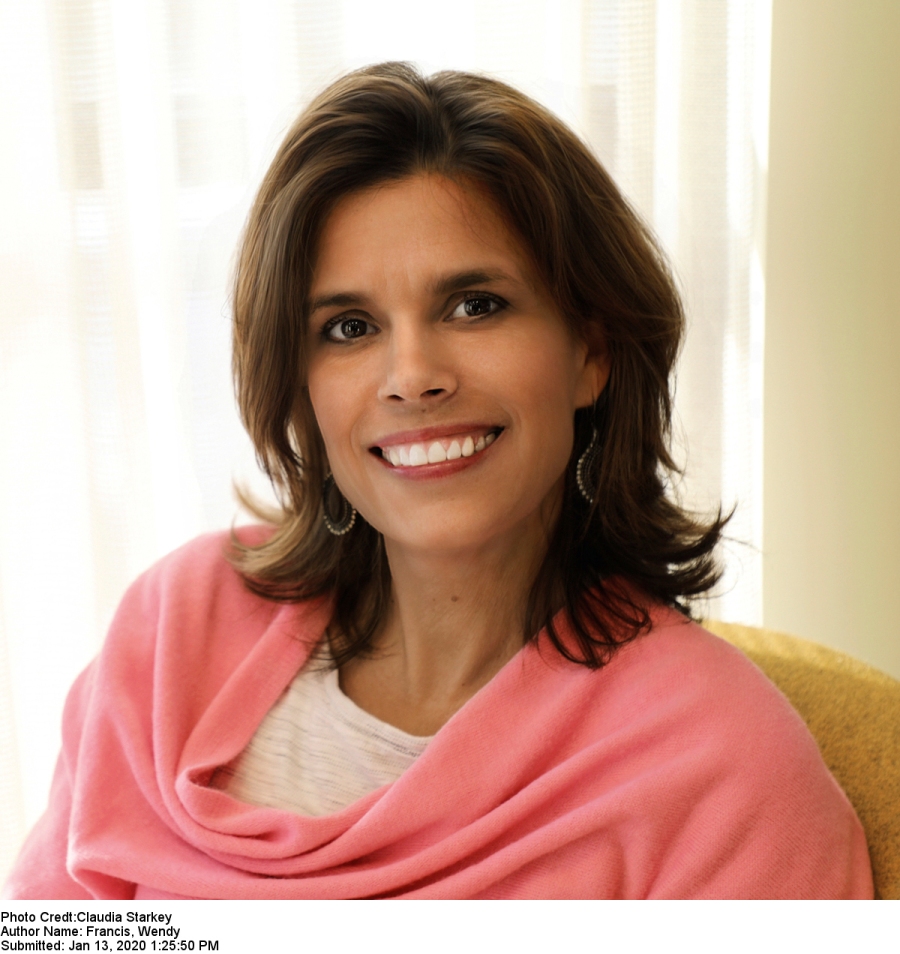 Wendy Francis is a former book editor and the author of three novels: The Summer Sail, The Summer of Good Intentions, and Three Good Things. Her essays have appeared in Good Housekeeping, The Washington Post, Yahoo Parenting, The Huffington Post, and WBUR’s Cognoscenti. Born and raised in the Midwest, she now lives outside of Boston with her husband and son. Reach out to her here:

Pick up your copy here: